It's registration for Summer II Monday/Wednesday Yoga classes at the Palladium Gym.  This class will begin on Monday, July 7 and will run through Wednesday, August 6.  (Thursday classes meet once a week through August 7).

A beautiful show at LPR. I only wanted to hear more of Barnes' own work.  He read from his beautiful story based on Sibelius' life, "The Silence." Musicians in the audience (there seemed to be many) got the music jokes.  I guess, "Only God composes in C major." (Who knew?) Hewitt followed his story with Sibelius' Romance in D-flat Minor (Op. 24, No. 9). Another great piece was from Turgenev's "Fathers and Sons" with Hewitt playing Mozart's Sonata in C minor.

Best way to endure another winter chill in NYC.
at 7:59 PM No comments:

I'm honored to have a short-short story "If Love is an Idea" published in the very new, curated online journal Sequestrum(.http://www.sequestrum.org) The artwork throughout the site is striking and reflective. "Sequestrum" means "a necrotic bone fragment, separate from standard skeletal structures." I look forward to seeing where this journal goes!
at 1:07 PM No comments:

Last night, I attended a first class on "Freud as Fiction" led by novelist Sheila Kohler at the Center for Fiction. We're exploring five of Sigmund Freud's famous case studies through the lens of "fiction."  I'm new to reading Freud, aside from the comic references and parodies of my readings of Freud in Nabokov, who famously refers to Freud as the Viennese witchdoctor.

Last night's text was Dora: A Case of Hysteria. During my reading before class, I noticed a (truly minor) glimpse of the fascination with the "East" that dominated literary and cultural circles of the era (1905).  On page 7 of my Touchstone edition, Freud lists (with self-conscious literary flair) reasons why his case study of "Dora" is incomplete, concluding: "In the face of the incompleteness of my analytic results, I had no choice but to follow the example of those discoverers whose good fortune it is to bring to light of day after their long burial the priceless through mutilated relics of antiquity.  I have restored what is missing, taking the best models known to me from other analyses; but like a conscientious archaeologist, I have not omitted to mention in each case where the authentic parts end and my constructions begin.

His main point in using this metaphor is "incompleteness."  While this minor aside could have been referencing any number of archaeological locations (my gut says East), what strikes me as relevant is the power of who gets to "preserve" and shape the standing narrative.  Unlike the earlier archeologists Freud compares himself to (and/or because he is "unburying" a person within his own culture), Freud more ably recognizes the vulnerability of his subject enough to at least state he wants to be sensitive and "conscientious," to not let his conjectures overshadow the "authentic" realities of the case.  (Authenticity is such a pet term for Orientalists). Yet, part of Kohler's lively discussion at the CFF considered how Freud's narrative framing and his presumed integration of "fact" and "conjecture," reveal a great deal more of Freud's own anxieties and habits are revealed his presumed "case study" of Dora. (I kept thinking, also, of Boswell and Johnson.)

In the text, Freud states that part of his goal in writing Dora is to build credibility for his previously published dream theory.  Freud, like the archeologists he mentions, is unable to see the whole partly because his own ambition is too visible.  While much is gained  by his trying, how much should the subject pay?

What I took from reading this text and the discussion is a new glimpse of Freud (the man and the habits of newly invented practice) and a glimpse into power structures of men and women and children in turn-of-the-century Vienna.  Like the classic Orientalists  and despite Freud's supposedly earnest intent, the bias and limitations of time and place shaped what Freud could see; and we as readers (who provide one more layer of this gaze at poor Dora) are equally bound by the limitations of 2014.

But....the focus of the class is Dora as fiction, and in this way the book is such a great read with the plot twists, doubles, and reversals that also mark Nabokov's fiction.  I kept seeing connections with Lolita: numerous references to one's "train of thought," the very self-conscious phrases in French and Latin, the numerous lake scenes, the accident of Herr K after Dora makes her charges of transgression to him and Frau K, much like Charlotte Haze (Lolita's mother) is killed by a slow-moving car after she learns of Humbert Humbert's true desires and for her daughter.  And, "Lolita's" given name, Dolores Haze appears in a list of her classmates surrounded by a "bodyguard of roses" (Mary Rose Hamilton and and Rosaline Honeck).  Kohler told us last night that the name Dora came to Freud when remembering a maid named Rosa that had to change her name to Dora because she and someone else in the household (Freud's sister perhaps) was also named Rosa.

Next we read Freud's "Little Hans."

(I found the Ellen Gallagher artwork "Odalisque" online in an article from Times Higher Education. ) This article is worth reading.
at 5:02 AM No comments:

On Randa Jarrar's "Why I Can't Stand White Belly Dancers"

There were a lot of hackles raised within the dance community last week when Randa Jarrar, a Palestinian-American writer whose work I'm familiar with, posted her article "Why I Can't Stand White Belly Dancers."  http://www.salon.com/2014/03/04/why_i_cant_stand_white_belly_dancers/ While the sensationalist title (even if true) might have put some off, there were important points raised in the article.

Belly dance is appropriation.  To deny that is a little scary. The art form (and I do consider it that) is taking music, making up names and labels, and claiming space, specialized knowledge, and profit.  All of these are obvious forms of "Orientalism." Additionally, the Western media has historically portrayed Arab men and Arab women in ways that have been demeaning and continues to do so.  Non-Arab belly dance contributes to this image even when claiming to "educate" and "create community."

How people (dancers, musicians, dance students) choose to absorb this reality is an individual choice, but to become only outraged misses an important chance for "white belly dancers" and others to listen to one person's viewpoint from a culture from which we have all gained so much.  (And, we should also all watch Jarrar's included  clip of the fabulous Egyptian dancer Fifi Abdo):

The "Turkish" hip twist is a horizontal movement, with the hips swiveling front and back.  The navel moves with the hips.  There is no up and down movement in the hips.  In my dance experience, there are two very different moods that accompany this particular movement in the hips.  In a more "Turkish" style or gypsy style dance (as always be aware that these labels are always a bit arbitrary) the movement is smaller and faster.  In a more folkloric or Egyptian style version.  the feet may be wider with the movement resting more on one side.

The video above shows a twisting movement broken down by "Coco Berlin" on YouTube.  At 1:58 minutes, she demonstrates the version that moves the weight from one leg to the other, creating the illusion of moving the shimmy or twist from one side to the other side. 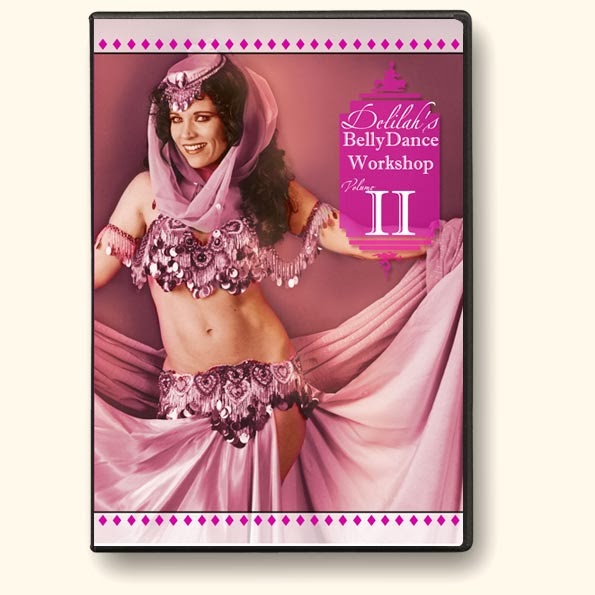 Next in this series, I'll break down what is often called the "Egyptian Walk."
The series: Shimmies: A Source Book.

In class, we did this as a version of the walking shimmy.  The important part of this movement, whether walking or doing the movement in place, is shifting the weight smoothly from one leg to the other.  Reach out with the hip (envision your hip flexors as hands reaching).  Keep "mula-bandha" lifted and the breath relaxed.

Finally, as with all of the hip shimmies, the lengthening through the torso is generated by a continuous drawing up and down.    "Mula-bandha" lifts as the tail bone extends (rather than clenches) toward the ground.  The solar plexus lifts as the shoulder blades extend down.  The heels ground down (if the foot is flat) as the arches of the feet lift up.

The above video from Geobeats Women's Fitness series is clear and a good visual aid.  There are many videos available on the subject.